Eckart Uhlmann is a university professor for machine tools and manufacturing technology at the Institute for Machine Tools and Factory Operation (IWF) at the Technical University of Berlin and head of the Fraunhofer Institute for Production Systems and Design Technology IPK.

After studying mechanical engineering, he worked as a research assistant and chief engineer in the field of production engineering at IWF TU Berlin from 1986 to 1994. He received his doctorate under Prof. em. Dr. h. c. mult. Dr.-Ing. Günter Spur. Subsequently, he became head of research, development, application technology and patent management at the Hermes Schleifmittel GmbH & Co. group of companies, Hamburg, and from 1995 was also authorised signatory at this company. In September 1997 he became head of Fraunhofer IPK and head of the Department of Machine Tools and Manufacturing Technology at IWF TU Berlin in the Production Technology Center Berlin. He has also been head of the Production Systems division at Fraunhofer IPK ever since.

Holger Kohl is a professor of Sustainable Business Development at the Institute for Machine Tools and Factory Operation (IWF) at the Technical University of Berlin and Deputy Director of Fraunhofer IPK.

He studied industrial engineering at the Technical University of Berlin and the University of California at Berkeley and began his career at the Production Technology Center Berlin in 1999 as a research assistant at Fraunhofer IPK. After obtaining his doctorate in 2006, he headed the Business Excellence Methods department at Fraunhofer IPK. Since 2013, he has been head of the Corporate Management business unit at the institute.

Since 2010 Professor Holger Kohl is Adjunct Professor for "Strategies for Business Excellence in Service and Industrial Management" at the University of Eastern Finland, Joensuu. He is a member of the Board of the German Association for Intellectual Capital Reporting (BVWB), Chairman of the European Benchmarking Network for Small and Medium-Sized Enterprises (ESBN) and a member and Strategic Advisor of the Global Benchmarking Network (GBN). 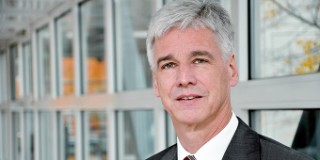